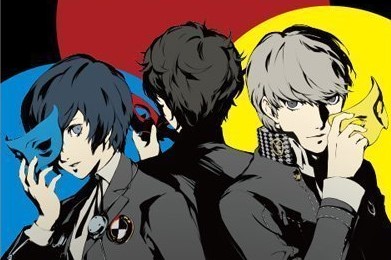 When I first started out with writing the “Summer of Persona” series, I had a lot of questions for not only the audience reading these articles, but for myself, as well. I have taken quite a dive into this franchise – not only with the Persona spin-off, but with the Shin Megami Tensei mainline series as a whole – and it left me with a lot of conflicting feelings.

Should you play Persona? It is a difficult question to ask, and any answer I give will undoubtedly have to be a general blanket statement simply because I do not know you personally and cannot speak to how a franchise like this can affect you. But I will touch upon a few of the more controversial elements (at least, among Christians) so you can make a more informed choice.

Content
Make no mistake: the Persona series is thoroughly rooted in anime tropes. Due to this, you will find that there is a significant amount of “questionable content” in the series. It is rather unfortunate because a lot of it feels superfluous, designed solely to sell characters as products to the minority of the fanbase. There is some content, however, that is integral to the part of the story, and while some of it can be overlooked, it is always wise to know what you are getting into.

While full-on nudity is certainly not showcased, there is certainly very charged and sexualized scenes and concepts thrown at the player. For example, while the games certainly have their own criticism of the “Japanese Idol” culture and the superficiality behind it, it also can dwell in it for the sheer enjoyment of its fanbase and the male characters.

Beach scenes are prominent in each of the three games I have covered, leaving very little to the imagination. These areas of the game are brief and are usually covered in a humorous fashion; yet, I would still caution anybody who has weaknesses in this area to be on guard – or even consider not playing the games – if they think it will lead to sinful thoughts. Our hearts still need to be on guard even if we think we are stronger and above such things.

Aside from that, there is some violent content that we should take note of. Murder and death are not shied away from in all three of the games: dead bodies, blood, and even violent imagery can show up unexpectedly and take you by surprise if you are not expecting it. In Persona 3 especially, the sight of teenagers aiming gun-shaped “Evokers” at their heads and shooting is… well, startling, to say the least. These games certainly earn their Mature rating.

Imagery
Some may consider the imagery around the various Personas and the way the games are presented as more problematic than the sexual and violent areas. Religious imagery – especially in regards to the deities presented – can be troubling when it is presented in a way that may seem to make light of real ideas and spiritual concepts.

Many of the monsters you meet throughout these games are based on cultural concepts, and are typically heavily referencing religions and mythologies. In the Shin Megami Tensei series, they are referred to as “demons,” and one can see why. Not only will you find the stereotypical looks of different devil and angel type figures, but also deities and creatures of lore depicted alongside all of these other beings. You can make contracts and summon them to help you with battles later. Persona games carry on this legacy and introduce more and more of these creatures to fight against.

You may remember the big controversy among Christians surrounding Pokemon during the height of its popularity. A lot of popular preachers and Christian figures denounced the Pokemon games as basically fighting with demons; interestingly enough, this is literally what happens in the Shin Megami Tensei series (although without much of the same controversy, which is also intriguing, but we can probably chalk that up to this series not being as popular). I still know people today who are bothered by this with Pokemon, so I would certainly not even dream of suggesting they play a Persona game.

Conclusion
Now that I have gone and laid out many of the controversial points of this franchise, you might be wondering, “Well, why in the world would you even suggest this game franchise as being one Christians can partake in? What’s the point?”

As we have seen throughout this series of articles, the Persona franchise is a complex one. Balancing mature themes with various psychological concepts is a tough feat, and in many ways, the worldview behind the games makes it difficult to muddle through some of the confusion and seemingly contradictory points. Mixing in various troubling themes in regards to violence and sexualization can make it equally troubling for people to understand, and I would completely be okay with anybody not wanting to tackle a game that they will knowingly have issues with.

And yet, even with all that I said, I still believe it is a series that could benefit our thinking… provided we approach it in the right way.

Stories have a way of connecting us with something beyond ourselves, beyond our immediate bubble. We can learn from stories, and they can teach us things we might never have expected. As we read or watch the protagonist interact with other characters in this world that was built just for them, we can learn empathy and understanding, or even feel justified in knowing how things will play out, or imagine how we would react differently in such-and-such a situation.

Video games in general allow us to act out those stories in a confined way. The Persona games in particular put you in the role of a silent protagonist in such a way that makes YOU the main character of the story. You get to make choices during the games, and sometimes your minuscule choices can actually determine which ending you get, even if you did not know it. You can connect on an even deeper level as you are experiencing these events for yourself, even in a truncated way.

As we have seen throughout this series, these are important concepts that the games are trying to tackle. Persona 3 dealt with the inevitability of death and the regret that comes with a life not truly being lived. Persona 4 takes a look at how we see our identity in the world and how it may or may not reflect what is actually true. Persona 5 provokes our inner sense of justice and wanting to see real change in the world. Through the eyes of the characters we meet and spend time with, we get to see how each of these themes play out in unique ways, causing us to become more cognizant of our own selves and what choices we might make in a similar situation… or perhaps how we might have chosen differently if we could relive a troubling experience.

Video games allow us to do this, and while the Persona franchise may have its inner contradictions and inconsistencies and troubling content, it is not afraid to ask these difficult questions about life and our worldviews. We will inevitably disagree with the underlying answers found in these games, but we can appreciate the fact that they even started asking the questions.

Should you play Persona? The answer is, “maybe?” It depends on who you are and what kind of wisdom you think you can glean from it. It is an area where you will truly need to “eat the meat, spit out the bones,” because there are a lot of tricky areas to navigate. I know that I, personally, have benefited from playing them, but I cannot say the same about you. Only you can answer that question, and I would encourage you to do so with a sober mind and spirit.

How will our experiences with this franchise shape us? And in a world that is frequently embracing many of the answers given in these games, how can they equip us to show others about the real truth, the triune God of Scripture, the One that we can turn to as our true source of life and redemption?

Jesus said to him, “I am the way, and the truth, and the life. No one comes to the Father except through me.
(John 14:6)