An Elusive and Cult Classic

Note from the author:

While it is possible to talk about Mother 3 in a spoiler-free way, it is difficult to talk around the visceral grief, tragedy, and pain of the early game without spoiling a key moment from chapter one. If you do not wish to know about an early key plot point, go play Mother 3 first and come back after finishing chapter one. 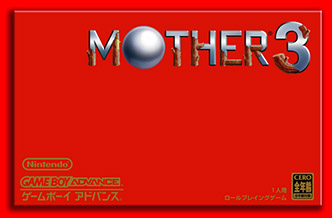 Have you ever wondered where that little blond kid from Super Smash Bros. came from? You know, that boy who seems similar to Ness, but with ice powers and a snake rope? If you don’t already know who that is, don’t fret; his game is not exactly the most easily accessible game in English-speaking territories. This boy is named Lucas, and he is the protagonist of a little GameBoy Advance game called Mother 3.

Originally designed as a N64 game, Mother 3 had a difficult development history. The Mother series is better known in western areas as EarthBound, the game that stars Ness and his three pals fighting New Age Retro Hippies and Cranky Ladies with a baseball bat and psychic powers in an idyllic United States-inspired world. If that isn’t enough to convince you to play EarthBound on the SNES, then nothing will. Due to the popularity of EarthBound, its sequel, Mother 3, was highly anticipated, eventually scrapping its N64 plans and finding a home on the GameBoy Advance in 2006. While an official English version of the game has not been released, many fans came together to release a stunningly good English translation patch for it in 2008, allowing fans outside of Japan a chance to experience this incredibly moving game.

When it comes to mechanics and visuals, it is clear that Mother 3 is firmly part of this franchise. The graphical design is much brighter and colorful than what was possible on the NES and SNES, and it is clear that the artists took great pains to make sure this world was as beautiful as possible. The combat plays similarly to EarthBound and most Dragon Quest-inspired JRPGs, taking turns and setting up buffs and debuffs as you pummel the enemy. The scrolling HP bar makes a return, with your HP ticking down slowly after you take a big hit, allowing you the chance to heal yourself if you are quick enough. In many ways, Mother 3 feels like a by-the-books natural progression of the standard JRPG at the time, innovating in little ways here and there, but not completely overhauling a tried-and-true system.

What sets Mother 3 apart from EarthBound, however, is its complex and intricate storytelling and character development. Set in the small village of Tazmily on Nowhere Islands, you immediately are introduced to a family: Flint the dad, Hinawa the mom, Claus and Lucas the brothers, and Boney the dog. Much like in EarthBound, you get to name each member of the family, providing your own sense of familiarity and identity with the characters. You spend time in the prologue interacting with these characters, learning more about this world and its unique Edenic nature. Animals and humans co-exist peacefully, with the twins freely playing with giant dinosaur-like called Dragos with little fear or anxiety. All is at peace, all is well. What could possibly go wrong?

Everything. Everything goes wrong.

Hinawa, the loving wife and mother, brutally dies in chapter one.

This death not only sets the tone for the entire game, but lets the player know that this is not going to be as happy and quirky as EarthBound was. A very bold choice to make right at the beginning of the game, and very effective. This beautiful village of quirky yet wholesome townspeople are instantly struck by something they have never really seen before: sadness. The brutality of nature and the tragic death of one they held so dear is overwhelming for them. Her absence has now created a vacuum in the town, tainted their innocence, and will forever change how they interact with each other as the game moves forward. 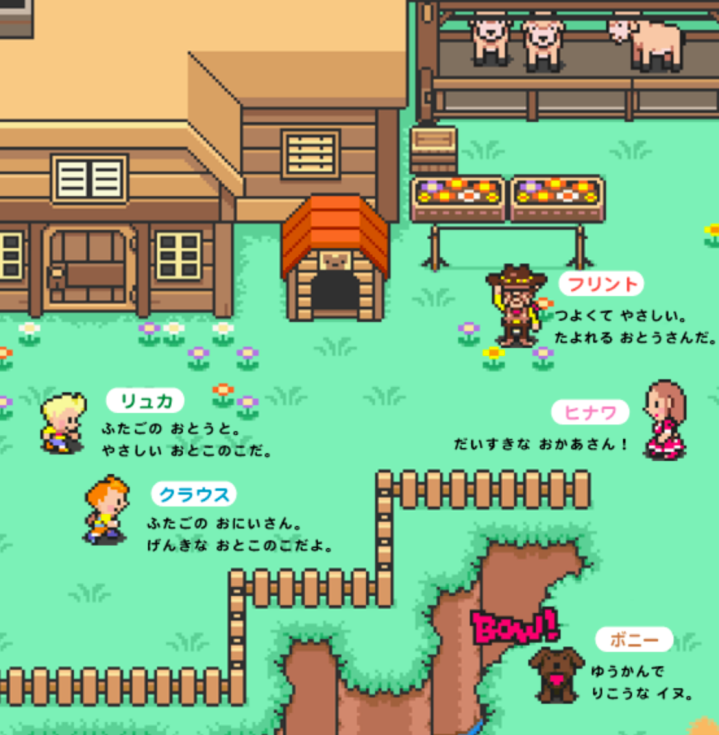 One of the interesting things about Mother 3 is its chapter system. During each chapter of the game, you control a different character, giving the player the opportunity to see the world from a different perspective. As this early tragedy hits, you are controlling the father of the family, Flint. After narrowly saving the townspeople from an unexpected fire around their village and reuniting with his two sons after the incident, he learns the horrible truth about his wife’s death. His immediate reaction is rage and anger. In front of his sons, he gives in to his anger, lashing out at the townspeople around him and picking up a torch and striking everyone around him as he’s being asked to calm down.

What’s most intriguing about this scene, though, is how inherently human it really is. Who wouldn’t feel that type of anger finding out that one’s spouse died in a violent way? How this scene is played out in the game is agonizingly heartbreaking yet instantly empathetic. You feel Flint’s pain as a husband. You empathize with Claus wanting to take revenge on the normally friendly creature. You sympathize with Lucas who is struck by fear and anguish at the loss of his mom. Mother 3 delivers an amazing performance of beautifully realized characters right from the get-go, leading you to buy-in completely on their plight and wondering how things can ever be right again.

And yet, with how much emotional resonance is packed into these opening scenes, this is still only the first chapter! Indeed, the entirety of the game is filled with questions and conundrums like this, requiring your attention and understanding. How can human greed lead to our downfall and subjugation? What is the cost of revenge and why are so many willing to pay it? What happens to our maturity when we willing choose to be stuck in the past and our youth? Ultimately, though, so much of what the game is talking about is the end of innocence and the grief of what we have lost. 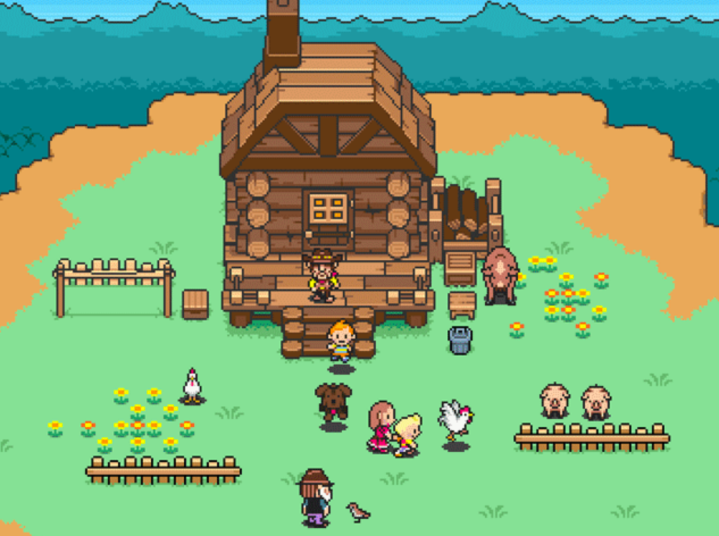 As Christians, we can certainly relate to those two concepts. Adam and Eve lived in a perfect world, knowing nothing of grief or loss or sadness, living in an untainted communion with God. One act of sin, however, was enough to throw the entirety of humanity in rebellion to God, leading to our lives being tainted with sadness, anger, loss, and greed. Mother 3, in a strange way, demonstrates how quickly these types of tragic events – if we are not in relationship with God – can destroy not only our communities and world, but also our relationships and, ultimately, ourselves. The stark, horrible effects of sin are clearly seen, with the characters longing for something different and beautiful.

Mother 3, unfortunately, is unable to answer these questions in the right way. Given its worldview, devoid of the triune God, the best it can hope for is a feeble sense of acceptance and peace. While there is some beauty to its story, it inevitably falls flat. But the benefit of a story-focused game like this is that it can really plant the seeds for greater learning and understanding, and that’s where Mother 3 excels where so many other games fall flat. The vehicle it provides for analysis and understanding from our Christian faith can certainly help us learn more about our grief and how God is the one who can truly heal our hearts and relationships. That is definitely a message our world needs to hear today.

One thought on “Retrospective – Mother 3 (GBA)”