Purge the Darkness so the Light May Shine 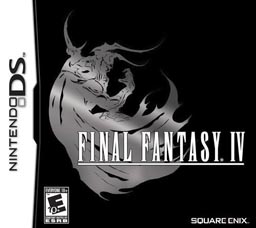 It seems strange to focus on a remake of an older title for a retrospective; yet, Final Fantasy IV DS was released on the Nintendo DS in 2007, making it 13 years old at this point. It was a top-to-bottom remake meant to further enhance the Final Fantasy IV experience, retooling mechanics and even adding voice acting to create a more cinematic presentation. But does it hold up? And more importantly, does it hold a candle to the original game?

I admit: I never had a chance to play the original Final Fantasy IV, which had been released on the SNES in the west. Although it was highly praised among the JRPG community, it was one that passed me by in favor of the new and flashy. I had no problem with the retro pixel art style or the turn-based mechanics; yet, there was always something about older Final Fantasy titles that I never found appealing. The high fantasy concept has always been a genre I’ve eschewed, preferring more overt steampunk and science-fiction settings instead.

I had certainly tried out the game in multiple ways. While I am not proud of my emulation days, Final Fantasy IV and Final Fantasy V were both on my to-play list, and I was able to make a little bit of headway in both before my laptop died. After that, I had obtained a copy of Final Fantasy IV Advance when it had first come out, which was again abandoned before making too much headway. When Final Fantasy IV DS came out, I was determined that I would finally go through it! 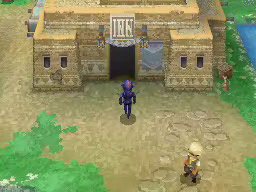 …Except it didn’t turn out that way. I was not very good at being strategic in JRPGs at the time, which lead to me getting frustrated and selling the game because I simply couldn’t make much headway in it. As it turned out, this version of the game was actually more difficult than the SNES version that was released in the US, so I did not yet have the skills needed to progress very far in the game. Even still, I enjoyed the beautiful presentation, and I was awestruck by the fact that you could have such stunning visuals on the technologically-inferior Nintendo DS. While it didn’t quite rival the PSP’s graphical capabilities, it did create an amazing visual style that has been carried over to the Bravely Default franchise.

Final Fantasy IV is a tale of guilt and redemption. The main protagonist, Cecil, feels tremendous guilt about his actions as a Dark Knight in the king’s employ. Throughout his journey, his decisions weigh heavy on him, and his journey to redeem himself is one that, interestingly enough, mirrors a believer’s journey, not too dissimilar to the journey that Christian takes in The Pilgrim’s Progress. Along the way, you meet a dynamic cast of characters that have their own motivations and goals. You learn so much about the world, its population, and even the secrets that dwell within and without. It is a remarkable story, akin to what you would read in a classical literature course, and you truly feel emotionally invested all the way to the end.

As a DS remake, Final Fantasy IV DS does quite well in presenting the story in a new way. The voice acting, while definitely not up to the same AAA standards that modern-day gamers are accustomed to, is serviceable and adds another extra layer to the characters. In the tone and delivery, this helps you connect with them better, even if some lines are stilted and the acting is rough. The 3D models aren’t impressive or even too nice to look at, but it allows you to really frame the different story scenes in the game from a cinematic viewpoint instead of the top-down perspective from the original. The more balanced gameplay is harder than the original western release, which does allow veteran players a chance to experience it in a whole new way. 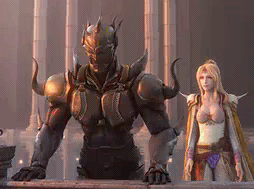 There are not enough positive words to say about the soundtrack in this game. Final Fantasy IV’s original soundtrack stands out as exceptional, and the remake is no different. Orchestrated music for Final Fantasy was nothing new at the time; however, hearing some of this beautifully redone music on a tiny portable like the Nintendo DS was certainly jarring in the best way possible. Hearing the Red Wings theme from the get-go, the beloved Theme of Love as Cecil is grappling with his guilt, or even stepping into battle and hearing that ever-familiar battle theme for the first time… it creates almost a magical, immersive experience. Much can be said about the visual presentation of this remake, but you can take it from me that the updated soundtrack is beautiful and worth your attention.

Thankfully, this version of the game is not stuck forever on the Nintendo DS. There are mobile and PC ports of this version readily available for you. But is it worthwhile to play it? Most definitely, especially if you have already played the original. The updates in this version not only help to smooth out the gameplay and presentation, but help to fill in any gaps in the story you might have missed. While the graphics do indeed look dated at times, it is plain to see a lot of love and hard work went into making this a true remake of a classic game. It may not be up to the same technical capabilities as Final Fantasy VII Remake, but this take on Final Fantasy IV will scratch that classic JRPG itch you have and leave you feeling satisfied.