In the vast array of Pokemon spin-offs in the world, Pokemon Pinball was an odd entry at the time. Releasing in 1999, this game was put out at the height of Pokemon mania in the world. Was this merely a soulless cash-grab, trying to capitalize on the Pokemon name? Or was it something more?

The main goal behind Pokemon Pinball followed the tried-and-true formula of the mainline games: gotta catch ‘em all! The point was to collect all 150 Pokemon that you could through the power of pinball. The game tables were divided up into two versions to match the colored designations of the two mainline Pokemon games that were released first: Red and Blue. Both tables were different in their designs as well as allowing you to capture different Pokemon.

In order to capture Pokemon, you had to follow specific pinball-style rules to hit certain areas on the field. By following this chain of hitting different bumpers and lights, a Pokemon silhouette would appear that would allow you to enter catching mode. To evolve Pokemon, you had to go into a specific evolving mode that would play out similarly. This provided a lot of replay value, especially if you are planning on filling out the entire Pokedex.

One of the most underrated parts of this game would have to be its soundtrack. Boasting many of the musical tracks from the games and anime, the song list was fairly expansive for a portable game. Interestingly enough, Pokemon Pinball featured almost a preview of sorts for some of the music from the second generation of Pokemon games, Pokemon Gold and Pokemon Silver, which had not yet been released in the US at that point. The fast-paced tracks were very helpful in setting up the tension for catching and evolving Pokemon, perfectly complementing the pinball aesthetic and helping you really get into the mindset. There is even an instrumental version of the first Japanese opening theme for the anime, which is rather intriguing since we never got a version of that song in the western version.

The game cartridge itself was different from other GameBoy games at the time. To accommodate the rumble feature for this game, a special cartridge was developed that added rumble for the cost of one AAA battery. While not a new feature, incorporating it into a portable game was definitely unique and unprecedented. As the ball hit different bumpers, the pack would rumble from the cartridge, creating a slight rumble throughout the GameBoy Color system. Due to this, there was definitely an increased sense of immersion and feedback, which is especially nice for a pinball game.

One of the long-forgotten features of the GameBoy Color was the GameBoy Printer. While not used for many games on the system, the games that did take advantage of the printing function always did it in a fun and interesting way. For Pokemon Pinball, the functionality was kept simple, but very much in keeping with the spirit of pinball: printing out your high scores. While this may seem trivial in our day and age, back then, printers were expensive! Being able to show off your highest scores in the game would be like a badge of honor, especially considering the printer paper included had a peel-off adhesive, working like a sticker for you to show off on your Trapper-Keeper or lunch box. 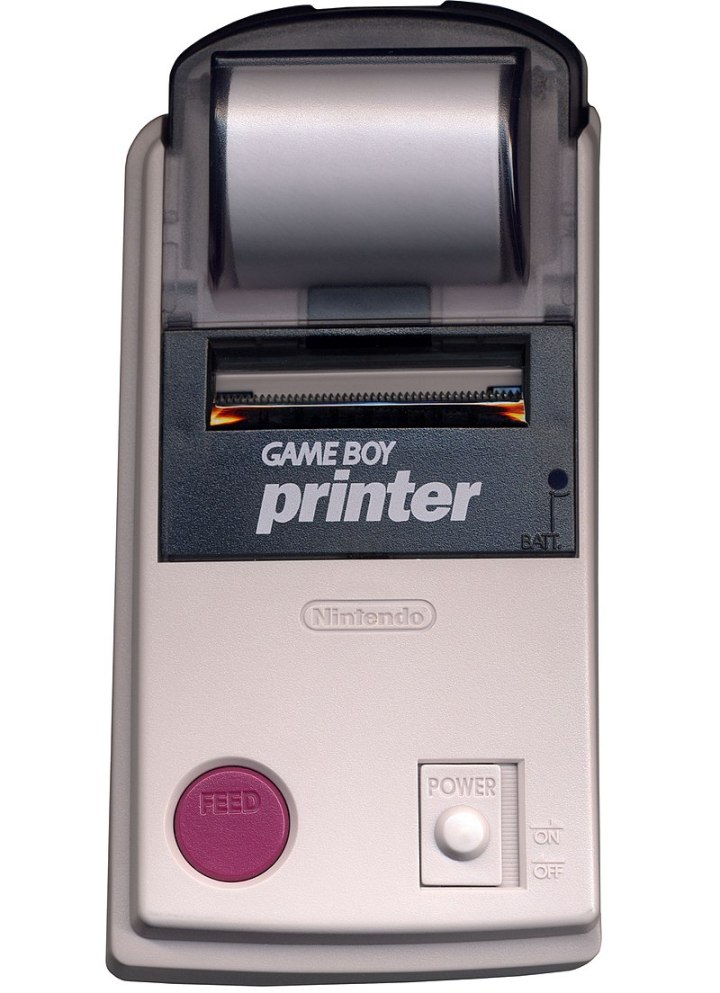 My main memories of Pokemon Pinball are primarily based on travel. During the time of its release, my family and I were moving and traveling a lot around the Pacific Northwest, and this was my game of choice when traveling in a car and visiting different areas. As such, I made it a goal to try to capture as many Pokemon as I possibly could. Trying to capture Mew at the end of the game was the holy grail (even though it was functionally impossible); yet, even after many hours of failing, I still kept at it, thinking that there must be some secret I hadn’t uncovered yet. It continued to help develop my love for Pokemon in-between the first and second generation of games, and helped out during a particularly difficult and uncertain time of my life.

Pokemon Pinball holds a special place among the spin-off Pokemon games for me. Someone more jaded could consider it a cash-grab, designed to capitalize on the boom of pinball video games (of which there are many); yet, you can feel a real love behind this game for both Pokemon and pinball. The mechanics are well-designed and suit the Pokemon aesthetic perfectly, allowing for hours upon hours of gameplay that is challenging, yet can be overcome. It is one that I can go back to again and again, much like the mainline games it is based on. And THAT is exactly what makes it a truly great Pokemon game.