Pokemon X and Y truly revolutionized the franchise in a way that was unprecedented.

Now that the Nintendo 3DS had finally found its footing in the worldwide market, Game Freak was hard at work to develop titles that would really take advantage of all that the portable system had to offer. While Black and White and their successors were able to use some of the features of the DSi family, low attachment rate meant that these features weren’t available to everybody who played the games. With the 3DS, however, it was possible to push the system to its limit and deliver a game presentation that we hadn’t yet seen in the series outside of console spin-offs.

The initial announcement was made in a Nintendo Direct-style manner. The video stream was met with great fanfare, as gamers around the world immediately took to the internet to argue about their favorite starters of this new generation as well as analyze and speculate about every frame of detail about the region. Since the games were simultaneously released all around the world, everybody was speculating at the same time. Rumors were spreading like wildfire, and it seemed like the entire world was experiencing Pokemania for the first time since the original generation was released.

Just a Kid On a Quest

In comparison to every other generation – whether past or future – I have never had as much hype as I had for Pokemon games as I had for Pokemon X and Y. I vividly remember watching the Direct trailer that released while I was living in South Korea. It was nearly midnight there, and I was eagerly refreshing my iPad trying to be one of the first to catch a glimpse of this new generation. What I saw floored me. The region looked gorgeous and vibrant. Gone were the days of sprites, replaced with polygonal models that allowed you to freely customize your character’s looks. The Pokemon battles finally looked as though they realized the potential that Pokemon Stadium gave us a glimpse of so many years ago. It was truly innovative and gave us a new direction for the franchise.

With a gleam in my eyes, I snagged all the posters and promotional materials from the tables that I could and quickly wrote up my thoughts on my phone to send to my friends in America.

Living in South Korea at the time also afforded me the opportunity to see what Pokemon fandom was like in an area that had very little Pokemon influence until the fourth generation games came out. Up to that point, there was a ban on official releases of Japanese games in the South Korean marketplace, so the only way that many people experienced the games was through importation. Pokemon X and Y would mark the first global simultaneous release of mainline Pokemon games, and one of the new features was the ability to select from a list of languages that you wanted to play in, Korean being one of them. This allowed South Korea, and the western world that I was from, the chance to experience the new generation fresh and without spoilers. Everyone was finally on an even playing field.

That wasn’t the only exciting part, though. I frequented the COEX Mall from time to time with my wife when we had time off on the weekends. Up to that point, I had noticed that there were large video game advertisements in the mall itself (Animal Crossing on 3DS being the big one, with long hallways decorated with art of the characters and games), but didn’t actually expect anything for Pokemon. Lo and behold, I stumbled across an event one weekend that actually allowed fans to play demo versions of X and Y several months ahead of release! This was especially huge for me because there had been no public demo kiosks for the games up to that point, so I was one of the few US fans in the world that got to try out the games before anyone else.

I cast aside my inhibitions and proudly waited in line for the next kiosk. There were only children in line, so a tall foreigner waiting to play a children’s game was an especially humorous sight for them. The person running the kiosk was instantly taken aback that I wanted to try, so he attempted to explain to me that I could play it in English instead of Korean, if I wanted to. This was a super nice feature that I gladly took advantage of. As soon as I started, I was instantly hooked. The 20 minutes of playtime zoomed by in what felt like seconds as I walked around and battled as many wild Pokemon as I could. I was transfixed (much to my wife’s chagrin) and would have stayed all day to play if I could have, but alas, we were here to see a movie and my wife didn’t want to be late. With a gleam in my eyes, I snagged all the posters and promotional materials from the tables that I could and quickly wrote up my thoughts on my phone to send to my friends in America.

To Be the Best of the Best

Pokemon X and Y had a lot to offer for the franchise. The beautiful Kalos region – inspired primarily by France – was a sight to behold, even on the tiny 3DS screens. The backgrounds and colors were vibrant and the world felt alive, with small details and flourishes adding to the experience that you were really walking around in this miniature world. France is known for its art and beauty and attention to aesthetics, so Game Freak really pulled out all the stops needed to represent it in some small way as their new Pokemon region.

The three new starters were immediately latched upon by the fandom. Choosing between Fennekin, Chespin, and Froakie was a tough choice. This felt like a generation where you really couldn’t go wrong with whichever one you picked. Game Freak went above and beyond this, though, in their attempt to help older fans get back into the series by offering you a second starter choice when you made it to the lab in the big city, giving you the opportunity to choose one of the original three starters from Pokemon Red and Blue to add to your team of newbies.

This choice of a Kanto starter was used as a way of introducing a new game mechanic to the series: Mega Evolution. This new battle mechanic allowed you to evolve beyond the final evolution for the duration of the battle, with Blastoise and Venusaur each getting one Mega Evolution and Charizard getting two depending on which game version you were playing.

This allowed battles to become even more versatile and tactical, with opponents having to guess which of your Pokemon held Mega Stones that allowed them to Mega Evolve. I remember the anticipation and nervousness when battling competitively in Southern California, not knowing how to choose my Pokemon due to not knowing which Mega Evolutions I would have to face. My Mega Mawile came in like a champion during most of my battles, though, so this new feature also helped me to use Pokemon that I normally would never have thought to use.

Trainers got to connect to other trainers on a global scale, trading and battling in a way that one would have never expected back when the first set of games were released.

The improved Wi-Fi connectivity on the 3DS allowed for a whole new way to connect with other trainers all around the world. If you kept connected to Wi-Fi, your bottom screen would display profile avatars of trainers from around the world who are also playing the games, even if they aren’t on your friend list. You could tap on their picture and it would allow you to send them battle or trade requests, which made it so much easier than the DS games to find online battles at the drop of a hat. Sometimes people would even start trades with you just so they could send you a rare Pokemon that they didn’t need! It was a wonderful way to show kindness to other people. 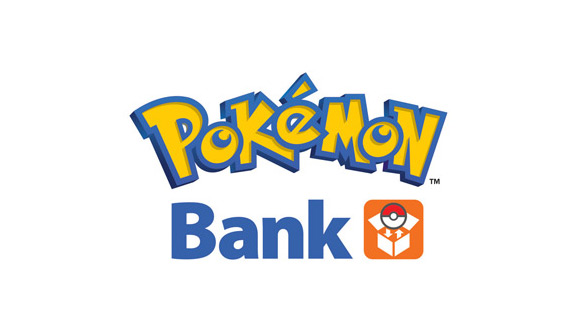 The stand-out features of Pokemon X and Y, though, would have to be the Pokemon Bank and Wonder Trade. Pokemon Bank was a hotly anticipated app for the 3DS that allowed you to bring your Pokemon from previous generations up to your cloud database to transfer to your new games. It was initially delayed for several months, though, which made it all the more anticipated. When it finally arrived, it allowed you to bring up Pokemon all the way from Ruby and Sapphire on the GBA, truly making it possible to play with Pokemon that you hadn’t seen in more than a decade. Wonder Trade was also helpful in filling out your Pokedex because it allowed you to initiate random trades all around the world. Simply put up a Pokemon from your box to trade and it will randomly match you with another trainer with a Pokemon. There was no telling what you could get from these Wonder Trades – whether junk or legendary – so there was always a mystery involved with it. 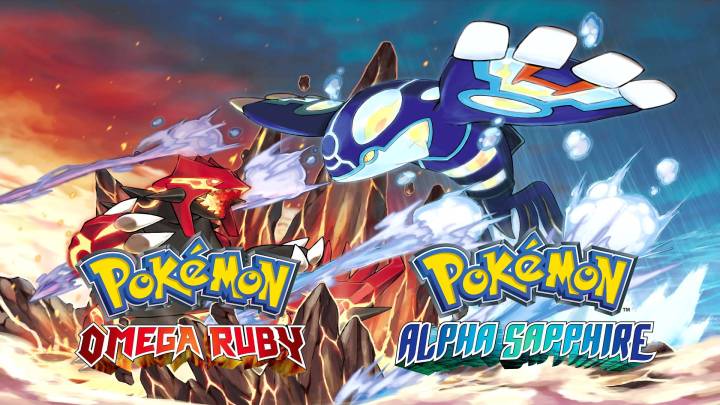 The sixth generation was also when we saw the long-awaited remakes of Ruby and Sapphire, titled Omega Ruby and Alpha Sapphire. Hoenn remakes had become a running internet joke for many years, even as far back as Diamond and Pearl, and Game Freak finally decided to satisfy fan’s requests. Though many are divided on some story changes and tweaks that were made, it was truly a joy to see this GBA game remade for the 3DS just for the visuals alone. Improvements made upon the X and Y engine also allowed Game Freak to address some issues without having to create a brand new generation.

You Know You’re Up to the Test

Pokemon X and Y truly revolutionized the franchise in a way that was unprecedented. Trainers got to connect to other trainers on a global scale, trading and battling in a way that one would have never expected back when the first set of games were released. Even several years after, there is still an active and thriving community around these games that trade and battle and interact. While many fans believe they had shortcomings, there is no doubt that Game Freak put a lot of hard work into reinventing the series in a way that could be enjoyed by new audiences while also bringing in lapsed fans and the hardcore trainers.

Where could they go next, though? Now that they have achieved the three-dimensional look that many fans had wanted, how could they continue to improve and remake like they have done so for many, many years? Regardless of the differences between the generations, the established formula of gym battles and evil teams as the primary story motivator had been left relatively untouched. Perhaps a fundamental change was in order? What if they removed some of these aspects that had been considered staples of the franchise? These were the decisions Game Freak had to make for their seventh generation of games. Join me next time as we journey to Alola and discover the tropical, non-conforming generation of Pokemon Sun and Moon.