While the franchise has not been shy about addressing issues of Pokemon abuse and improper care of your Pokemon partners in previous titles, this generation really forced you to look at the ethics of Pokemon collecting and battling via the espoused morality from the “villainous team.”

Releasing in Japan in September 2010, and in the US in March 2011, Pokemon Black and White were peculiar entries right from the get-go. For one, they were not going to be premier entries on the 3DS, which was releasing around the same time. This would have undoubtedly pushed for higher sales of the portable console, but since the original Nintendo DS already had a significantly higher install base than the 3DS, Game Freak chose to stick with what they know.

The other main peculiarity with this game is how seriously it took itself. The cutscene from the very beginning is very ominous and foreboding featuring a shot of the castle and a crown being carried by this strange man. Surrounded by subjects, we witness the new character (aptly named N) being crowned as a type of king. The watercolor style used to illustrate this opening seemed new to Pokemon, feeling more reminiscent of The World Ends With You than previous Pokemon entries.

Would this new direction be enough to keep fans interested? Or would they be put off by the seeming lack of innovation beyond nice graphics and new Pokemon?

Pokemon Black and White released during my junior year of college. I was making like-minded, Pokemon-playing friends at this time, so hype levels were through the roof. We had even formed our own competitive Pokemon tournaments and spent hours and hours training competitively-viable Pokemon to battle each other. It was an amazing time to be a Pokemon fan.

I had cheated a bit, though, and had already started playing the Japanese version when it had first come out. I was blown away by how different the games looked from Diamond and Pearl. It felt fast, snappy, and detailed, which felt like a breath of fresh air in comparison to the slow, plodding nature of the previous generation. While I did not understand the story, I knew it felt different somehow to what I’ve played before.

The main pre-release memory I have, though, is spending hours going through the Japanese information on the games. I checked many websites and forums for any scrap of information I could find and shared them with my girlfriend (soon-to-be fiancé and now wife), hoping to get her interested, as well. Unfortunately, she wasn’t (and still isn’t), but that’s okay. At least she agreed that Smugleaf would be the ideal nickname for Snivy, and that’s all that matters.

It’s Not Always Black and White

There were many new features in this generation that proved that they were a huge step-up from Diamond and Pearl. The in-game graphics had quite an overhaul; from Pokemon sprites being fully animated during battle to the meticulous details with the changing seasons, this generation was clearly set apart as something new and fresh. The game seemed to drip with these small graphical flourishes that made the game world seem alive.

The setting for these games was the Unova region, which was not-so-subtly based on the New York area. In a way, it allowed Game Freak to have a region that would be familiar to western players and allow players from Japan a chance to experience a little bit of the United States. At the time, I was doing cross-cultural studies in college, so this kind of cross-cultural outlook in a video game really intrigued me.

Two new battle mechanics were introduced: Triple Battles and Rotation Battles. For me, personally, I enjoyed the introduction of new and different ways to battle, but the novelty quickly wore off when I realized how easily I could get stuck in a loop that would make these battles last seemingly forever. Thankfully, while there was a decent amount of these battles littered throughout the game, they didn’t overstay their welcome.

The key feature of this game for me was the introduction of the Pokemon Dream World. Logging onto the accompanying website built for these games allowed you to participate in a variety of web-based minigames where you collect Pokemon with Hidden Abilities. This was the only way to obtain many of these special Pokemon that offered up abilities that could drastically change a strategy in competitive battles. You could have one of your Pokemon enter the Dream World from your Nintendo DS and be uploaded to the internet in this way, and then transferred back again with special items and Pokemon. For a time, this was almost all I did with these games because I wanted to amass a huge collection of Hidden Ability Pokemon. 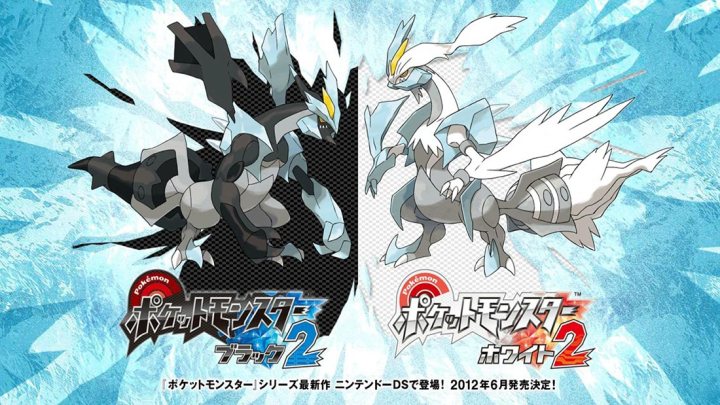 Two years after the release of Black and White, a “third version” was released, as expected; however, this third version was not a single game, but was, in fact, direct sequels to Black and White, appropriately titled Pokemon Black 2 and White 2. These follow-ups to the original games were not only expanded and improved in nearly every way, but also chronologically took place two years after the story of Black and White. Many plot threads that were introduced in the original games were continued here, and players could even sync their data from Black and White to access new game features and story sequences in the sequels that directly tied back to their games. And for those nostalgic for the older generations, these games even introduced the Pokemon World Tournament, a battle facility that allowed you to battle against many of the famous gym leaders and trainers from previous games.

It’s Not Always Right Or Wrong

“…could this be Game Freak’s subtle way of telling the player that they should look beyond crunching numbers and see the Pokemon as partners, friends, and companions?”

Where this game truly shines is in its story. While the franchise has not been shy about addressing issues of Pokemon abuse and improper care of your Pokemon partners in previous titles, this generation really forced you to look at the ethics of Pokemon collecting and battling via the espoused morality from the “villainous team.” I put that in quotes quite purposefully due to there being some ambiguous gray areas surrounding what the team claims and what the team does.

The leader, N, is a green-haired man who can seemingly communicate with Pokemon in some way, including your own. This initial encounter with N really helps to solidify what he stands for as well as causing you to question your own motives. This creates a really interesting dilemma for your character, and you as the player, that hasn’t really been explored since.

What do I mean when it causes you to question yourself as a player? Given that competitive training and battling has become so robotic and formulaic, could this be Game Freak’s subtle way of telling the player that they should look beyond crunching numbers and see the Pokemon as partners, friends, and companions? Considering many of the implications these various in-game conversations have as well as the justification found for continuing your journey through this region, I wouldn’t say it is as far-fetched as it seems.

There was an outcry against these Pokemon games by PETA around this time. PETA (People for the Ethical Treatment of Animals) released a web-based parody game titled Pokemon Black and Blue that showed how forcing animals to fight each other would actually be a cruel undertaking, and they demonstrated this by showing various Pokemon beat up, bloodied, and injured from the battles you would force them to partake in. This was a rather overt (and gruesome) way of showing the dangers of mistreatment of animals, but the timing of it seemed to match up so perfectly with the themes of these new games that generation five almost seemed like a pre-emptive reaction to this mindset.

It’s The Road You Choose

In the end, Pokemon Black and White are certainly divisive games; in a way, though, I feel like that is exactly what the franchise needed at this time to break out of some of the traditions it had been so tied to over the last several years. One could argue that there wasn’t enough innovation in the gameplay and mechanics. At the same time, it is hard to argue against the fact that Game Freak questioned the very premise on which the entire franchise is based upon and caused the player to almost feel guilty about what they were doing. That is a gutsy move to pull off with your multi-million dollar intellectual property, and I think they succeeded in getting the fans to at least think about the ethical ramifications of what the game suggests.

After the follow-up sequels and tying up loose ends with various characters, Game Freak had succeeded in mastering every part of the Nintendo DS. Introducing wireless and global connectivity to the series and creating a thriving fanbase all over the world had united Pokemon fans of every language. There was another portable out in the wild that would finally provide the mecahnics and features that Game Freak needed to truly reach the entire world. The Nintendo 3DS had not only succeeded after a rough launch, but was now thriving. Game Freak would now have to trade in the naming schemes of gems and colors and embrace simplicity in mere letters: X and Y.