An Old Awakening Made New

The original Link’s Awakening debuted on the Game Boy in 1993. While I remember dabbling in the game for a short stint of time a few years later, I never did make it past the second dungeon. As the years went by, I would, at random, recall my time with the game and ponder what it would be like to finish the game; to see what the rest of Koholint Island looked like. Now in 2019, following a line of remakes for the year in the vein of Resident Evil 2 and a port of Tales of Vesperia, Link’s Awakening sees new life on the Nintendo Switch.

And it just might be the best Legend of Zelda to date. 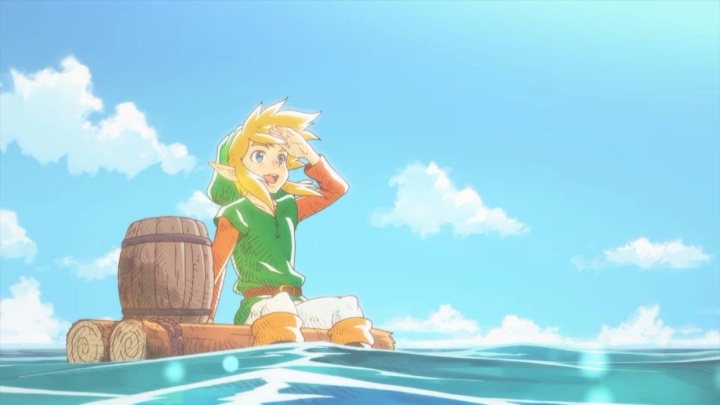 There’s a lot of residents on this merry little island and they all have a way of charming their way into your heart as you play.

As you start the game, you’re treated to a gorgeous animated cinematic of Link in the middle of the ocean. A storm is raging, tossing his raft to and fro. One thing leads to another and Link finds himself shipwrecked on Koholint Island. A beautiful young lady named Marin finds Link washed ashore and brings him back to her father’s house. As the camera pans up the mount, you see the mysterious Wind Fish’s Egg. As you awake and learn more about Koholint Island, you learn that in order to stop the evil that has gripped the island and terrorized the townspeople, you must awaken the Wind Fish. This task will not be easy. Through a series of dungeons, you must collect the instruments necessary that will awaken the Wind Fish and end the nightmare.

Throughout the game, you’ll encounter other characters that lead to a variety of side-quests. The townspeople of Mabe Town are all charming and diverse in personality. You’ll encounter a lovely family with several children, a sweet elderly couple where the husband will only communicate with you through telephone (like every millenial in 2019), Marin’s father who bears a striking resemblance to a certain plumber and has an affinity for mushrooms, and more. You’ll even encounter a helpful owl to guide you on your quest. There’s a lot of residents on this merry little island and they all have a way of charming their way into your heart as you play.

Legend of Zelda’s bread-and-butter is in the gameplay. While Breath of the Wild introduced us to a more survival-based style of gameplay, Link’s Awakening returns to the series’ roots. Done away with are the durability of weapons (roarous applause from all) but the collectibles remain. There is a lot of ground to cover in this section so let’s begin.

In typical Zelda fashion, these new items will open up new pathways and areas for you to explore on Koholint Island.

You’ll begin the game with your standard sword-and-shield combo. As you progress through the game, you’ll acquire new tools for your use in dungeons and through side-quests. As you acquire each new item, the dungeon that you procured said item in will put you through different trials to get used to how that item works. In typical Zelda fashion, these new items will open up new pathways and areas for you to explore on Koholint Island.

The only real change to the gameplay from the 1993 original is the map and dungeon-maker. The map takes more cues from Breath of the Wild in that you can place a variety of markers on the map to signify key points of interest. By the end of the game, I had the map marked with hearts to signify either a container or a fairy to visit for a health pick-up. The dungeon-maker is one that I cannot go into detail on, as I did not interact with it very much during my time playing.

The dungeons are classic in that they challenge you to make the most efficient use of your gear and puzzle-solving intellect. While the first handful of dungeons should not provide too much of a roadblock for gamers, the later dungeons will ramp up in difficulty. I remember being truly dumb-founded by the fourth dungeon. Be sure to pay close attention to your map but also each room you enter. You never know what secret waits behind a wall or a particular sequence of dispatching enemies. This is where I think the game will turn off some players. In the age of gaming we live in, it’s easy to look up a walkthrough if you are truly stuck.

There are plenty of things to get distracted with; what Zelda game doesn’t have these? I found myself spending an exorbitant amount of time fishing and playing the crane game. There is also a river raft mini-game that will net you a hidden shell but it’s not exactly what I would call “fun”. You can also collect an assortment of figures resembling characters from the Mario games to place in different homes of the townspeople. While this would be annoying in any other game, it’s done well here and actually adds to the fun. But I also really loved the crane game.

The Legend of Zelda: Link’s Awakening is an incredibly faithful remake of the Game Boy game. It’s hailed by some as the best Zelda game in the franchise. By the time I completed my journey, I’m inclined to agree. Though Koholint Island is a small playground, it’s brimming with content and extras sure to make any Zelda fan giddy with delight. This was the first game in a long time where I was genuinely sad watching the credits, reminding me my journey was over. If you have a Nintendo Switch, do not sleep on this game and miss out one of the best of the year. 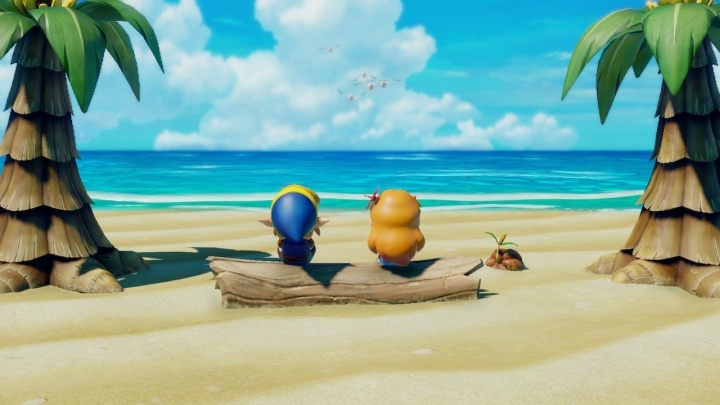 The Legend of Zelda: Link’s Awakening is rated E for Everyone. With it’s cute design, charming cast of characters, and lighthearted fun gameplay, this is an easy choice for parents to pick for their kids. Keep in mind that, as mentioned in the review, the dungeons do get considerably difficult. The only thing that may turn parents off is the use of magic in the game that’s common in the series. But even then, it’s no different than in any games in the series, or that seen in stories like Chronicles of Narnia.

One thought on “Legend of Zelda: Link’s Awakening (Switch) Review”