This generation remained one of the most divisive for years to come.

The GameBoy Advance hardware was largely heralded as functionally being a portable Super Nintendo. Even when it had come out, the SNES had been held up as a beacon of gaming, with many believing that it was truly part of the golden age of video games. To have hardware like that on-the-go, able to be played anywhere? This was something truly revolutionary.

Pokemon Ruby and Sapphire were the first mainline games to be released on GBA hardware. This meant that there was a significant improvement to the games in every way. Music was multi-faceted and more complicated. A beautiful palette of colors could be achieved, with rich and detailed sprites filling your GBA screen like a painting. Pokemon could be rendered in such a stunning way that had not been realized thus far. With so many innovations made due to the powerful hardware, this would certainly be a success, right?

…fire is cool, and burning opponents is fun.

As with the second generation of games, information for generation three was hastily made available via the internet soon after the games launched in Japan. With so many months to wait in-between the Japanese and US release dates, I was absolutely craving any tidbits I could find. I devoured and printed off any screenshots I could find showcasing what the games would look like on the GameBoy Advance. I had gotten one for my birthday within a year of its release and had already devoted hundreds of hours into Super Mario Advance and various other GBA games I had at the time. But nothing quite scratched that gaming itch like a new Pokemon game would. 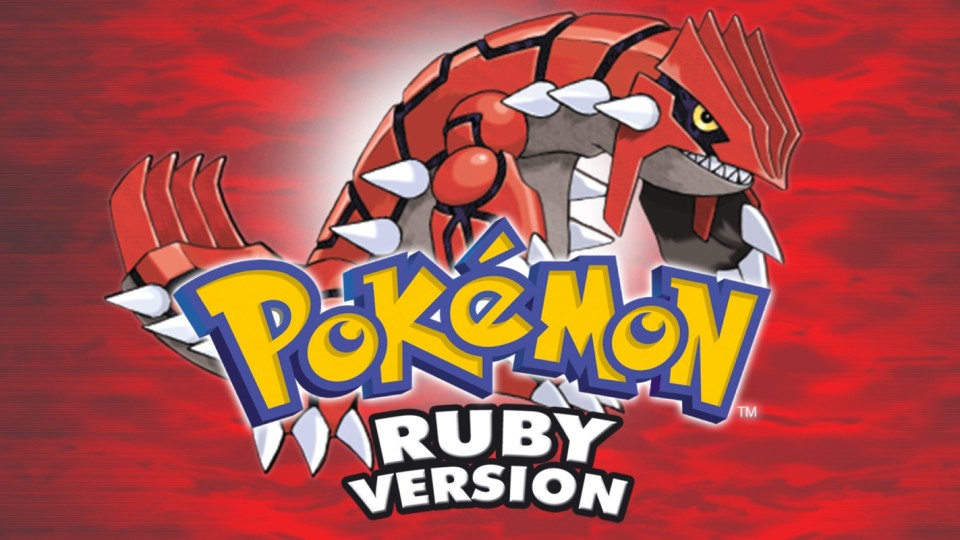 I settled for Pokemon Ruby because that is my birth stone. A fairly arbitrary decision, to be sure, but also because Groudon looked like such a formidable legendary on the cover. Kyogre, while technically being the better of the two choices, didn’t strike fear into my heart like Groudon did. Besides, fire is cool, and burning opponents is fun. In my simplistic, shallow mind, this choice made total sense.

When the games came out, I was living on the San Juan Islands, which did not allow any business franchises on the island I was living on (Friday Harbor) at the time. This meant that there were NO video game stores anywhere near me; in fact, the only place to get video games was a local rental shop attached to the gas station, and the newest video games they had were mid-N64 generation. Thankfully, my parents had to go to the mainland one weekend to do some heavy shopping at Costco and Fred Meyer’s. I begged beyond belief for them to pick the game up for me. They left with an unsure aura about them, questioning my decision to continuing playing Pokemon; I know now that there were planning on getting it for me all along, but at the time, I figured that I would have to work really hard to impress them so that they would get it for me (since I was not making money at the time).

When they showed up with the game, I was all giddy inside. The same feeling that I got from the previous two generations was still as strong as ever; perhaps even moreso given the high standard set by Generation II. Immediately I put the game into my GBA (making sure I had fresh AA batteries, naturally) and whiled away the nighttime hours experiencing the land of Hoenn.

I Want To Be A Hero

The region of Hoenn spoke to me in a particularly unique way. As it is set on a series of interconnected islands and coastal areas, it was immediately relevant to the island experience I was currently having. While Hoenn was certainly more tropical than the Pacific Northwest island weather I was enduring, the feeling of disconnectedness of the mainland and what has come before was immediately apparent. Though there were now around 350 Pokemon to find and capture, the majority of the early time in Hoenn was focused almost exclusively on the new ‘mons in town. 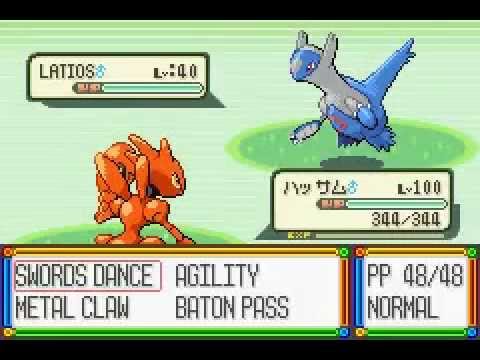 There were two new features that really grabbed my attention when the games were released. The first of which was the weather system. Building off of the day/night system from Gold and Silver, Ruby and Sapphire had different environments with varied weather that actually affected how you battled and what kind of Pokemon you could catch in the wild. During a rainstorm, water Pokemon would get a boost. When you were in the desert with harsh sunlight, fire moves would get a boost. It was another clever mechanic that allowed battles to become more multi-faceted, especially when Pokemon were given moves that could change the weather to a more advantageous one.

Another new feature that was added to this generation was double battling. During the natural course of the story, you will encounter pairs of trainers that will insist on battling you two-on-two. This allows you to send out two of your own Pokemon to battle against the two Pokemon that the opposing trainers send out. While it did not affect the gameplay significantly, it was a fairly innovative decision that would influence competitive battling in official tournaments for years to come.

I’m On A Master Quest

There was a peculiar difficulty with moving from the original GameBoy hardware to the new and shiny GameBoy Advance. While the first and second generations were able to trade Pokemon up to a point (using a Time Machine found in the Pokemon Center), there was no such connectivity between the older generations and Ruby and Sapphire. The hardware was just too different to be able to make it work with the limited connectivity one would have with a link cable, so unfortunately, every new trainer had to start completely fresh, with no way of being able to transfer their old Pokemon to the newest games. 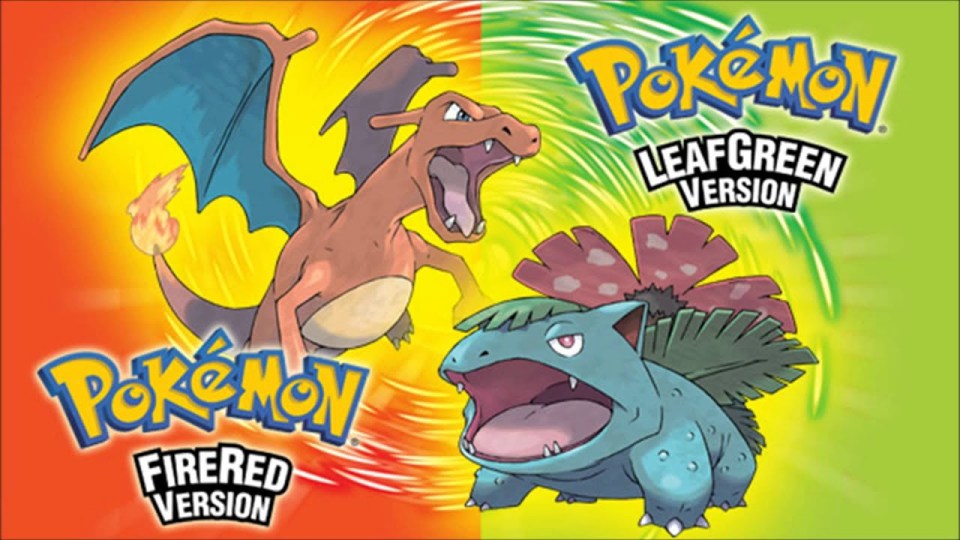 There was a remedy for this, though, and it set a standard for years to come: the remake. The third generation was the first to see an extensive remake of older games. Pokemon Fire Red and Leaf Green were remakes of the first generation (which were Red and Green in Japan instead of the Red and Blue we saw in the west) that completely overhauled the original games while staying true to the story. Not only could you capture all of the older Pokemon you knew and love, but certain extra features were added in the form of the Sevii Islands. Traveling to these islands also allowed you to catch particular Pokemon from Gold and Silver.

Since these remakes were released on the GBA as well, you were able to freely trade between copies of Ruby, Sapphire, and Emerald with copies of Fire Red and Leaf Green. Remakes became a regular staple up until the 3DS generation of games with the release of Omega Ruby and Alpha Sapphire. I was so excited by these re-releases of the first generation that I even – much to my chagrin and embarrassment – downloaded the Japanese version of Leaf Green and emulated it on my family’s PC. Not my proudest moment, to be sure, but it did help influence me to start importing games from Japan more frequently.

Another feature – albeit lesser known than others – was the connectivity of the GameBoy Advance games with not only GameCube games, but also with the Nintendo eReader. While the GameCube games are considered spin-offs, they did allow gamers to transfer specific types of Pokemon to their third generation of games using a special form of link cable; in fact, one of the games came with a special disc that allowed trainers to transfer a legendary Pokemon, Jirachi. 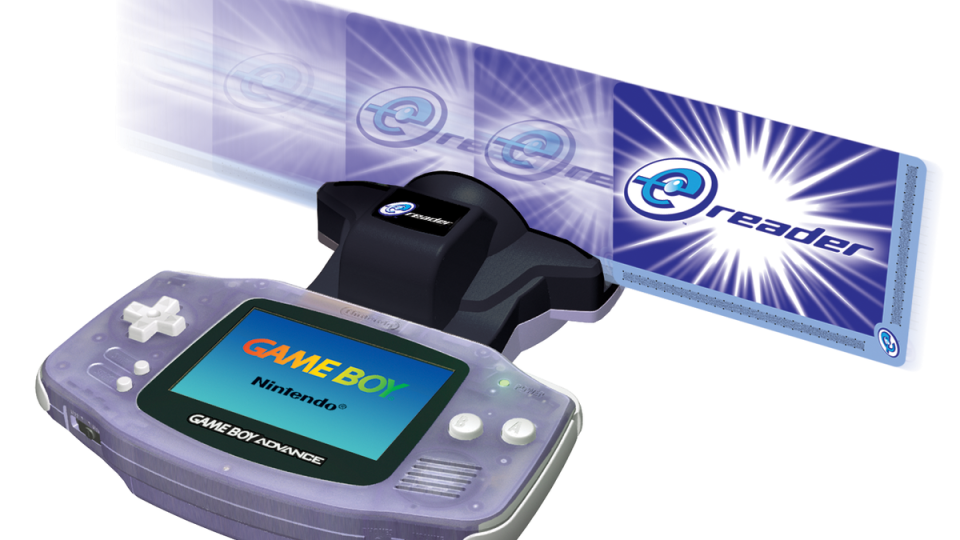 The eReader was a barcode scanning peripheral that allowed people to scan cards they collected to battle trainers with set teams. These teams usually posed a challenge due to high stats and movesets. Before the age of wireless connectivity, this was a way for Game Freak to release “proto-DLC” of sorts because the information was stored in dot form on the cards themselves. Although this peripheral was short-lived, it did provide a unique experience for me to use my games in a different way.

I’ll Stick To The Path That I Choose

Unfortunately, while the outcry for the 3DS remakes was explosive, the initial reaction for Ruby and Sapphire was fairly tepid. A lot of fans felt divided about how much things had changed now that they were on the GameBoy Advance. Game Freak could see that the hype over the first and second generations was beginning to die down. While many fans kept with the games and followed every release, there were some that stopped playing around this time due to how different it looked and played to them. This generation remained one of the most divisive for years to come.

While not necessarily a flop, it was clear that Game Freak could no longer coast on the fumes of the first generation as easily as before. How could they re-invent the series to be fresh and approachable? What could they add? Was there any new hardware on the horizon that they could latch onto and use to its fullest capabilities? Perhaps instead of one screen… what if there were TWO screens…? We will cover that particular development next time, when our journey will continue into Sinnoh and the era of dual screens. 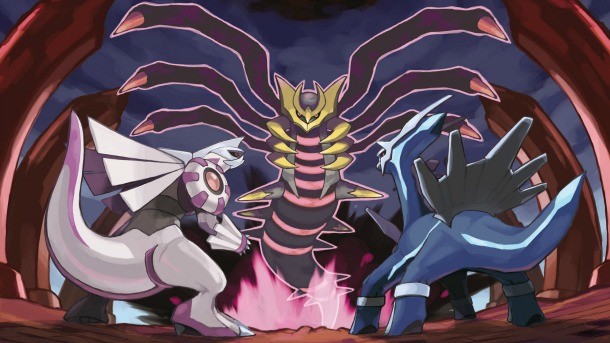