Cecil’s journey out of the domain of darkness and newness of life.

Final Fantasy IV was my first Final Fantasy game. The saying goes that your first Final Fantasy game winds up being your favorite. That’s partly true for me. By the time I finished the game, I was upset that my journey with my digital friends was over; we had gone through so much together! But probably the biggest mountain I overcame with my party was witnessing Cecil’s battle with darkness.

At the start of the game, Cecil, along with the Red Wings, return to the Baron after having committed a terrible act of terrorism against a neighboring kingdom, to steal their crystal. We see Cecil struggle with the weight of his actions, something the Baron takes note of. The Baron then sends Cecil and his friend, Kain, to deliver a special ring to the Village of the Mist. Upon arrival, the ring glows and spews forth bombs that began laying waste to the village. The game continues on from here as Cecil continues to wrestle with his actions and his Baron’s betrayal.

It isn’t until we learn that Cecil must scale the Mount of Ordeals and become a Paladin: a warrior capable of great power that wields light. It’s here, that we see Cecil come face to face with his inner darkness, full force. All this time, Cecil thought he could contain his inner darkness and maybe use it for his own benefit. However, at the top of the Mount of Ordeals, Cecil realizes that he simply cannot use darkness anymore; he must cast it away from him. When Cecil does this, a flash of light fills the screen. As everything slowly fades back into view, we see that Cecil is donning new armor, shining bright with light, and he has been set back to level 1. Cecil is now a Paladin; a new creation. He then goes on to confront evil and pleads with his enemies to renounce the darkness they hold onto. 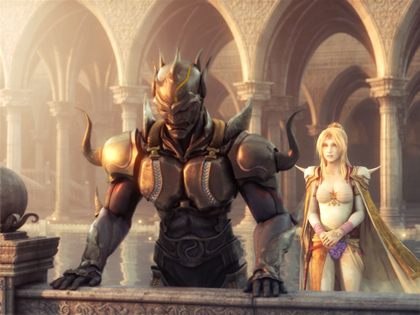 In the book of Romans, we learn that, because of sin, we all are afflicted with the curse that was set out at the beginning of the book of Genesis. Romans 3 tells us:

“None is righteous, no, not one; no one understands; no one seeks for God. All have turned aside; together they have become worthless; no one does good, not even one.”

We are literally left to our own vices; our sin nature. We try to rationalize a morality apart from the Bible, while indirectly always leading back to the Bible. But we do things our way, apart from God, so as to appease our flesh, our sinful cravings; we simply do what we feel is right.

Cecil was following orders that he thought were fitting, according to his worldview. However, after he begins truly cross-examining his actions, and their weight, he feels convicted. He feels grief. He is disturbed by the lives he has taken and the acts of terror he has committed. He becomes aware of this darkness inside. Yet, he believes he can control it, if he is strong enough.

So often, we, as Christians, even think this as well. We think that we can manage our sin, our own temptations; we just have to be strong enough. But there is no management of sin. John Owen once said, “Be killing sin or it will be killing you”. See, sin is what separates us from God; it keeps us from living life as God had intended. It’s so severe that the wages of sin is death. It will corrupt us morally, spiritually, physically, and mentally. And we buy into the lie that it’s no big deal. Yet, we see even in Final Fantasy IV, sin affects not only ourselves, but those around us. 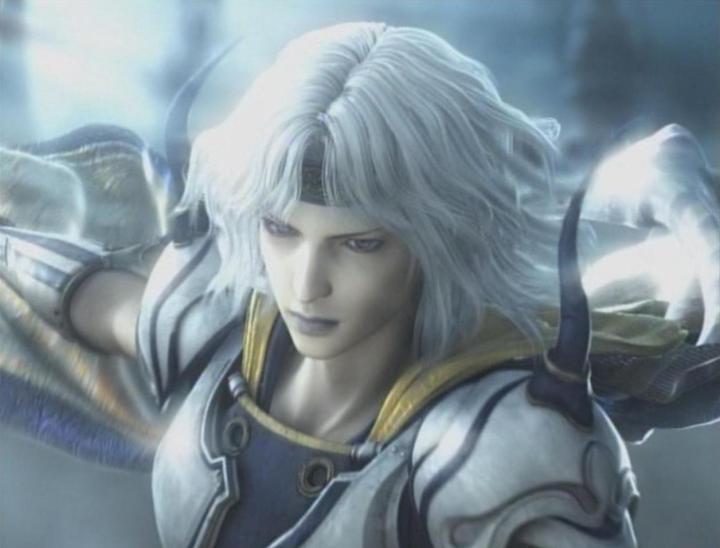 Turning to the Light

There is always a way out. When Jesus Christ came to die so that whomsoever believes shall not perish, that allows those who claim the name of Christ to have freedom from their sin. Romans 6 states:

We know that our old self was crucified with him in order that the body of sin might be brought to nothing, so that we would no longer be enslaved to sin. For one who has died has been set free from sin. Now if we have died with Christ, we believe that we will also live with him. We know that Christ, being raised from the dead, will never die again; death no longer has dominion over him. For the death he died he died to sin, once for all, but the life he lives he lives to God. So you also must consider yourselves dead to sin and alive to God in Christ Jesus.

When we come to receive Christ’s gift of salvation, we encounter our moment at the top of the Mount of Ordeals. It’s here we wake up to the realization that we cannot simply clean up our own mess. Rather than trying to control our out-of-control sin, we have to let it go. And once we do, we have newness of life. We are born again. Our old, dark, rusted armor is gone; behold, our bright, new armor is here.

Despite what Cecil has done prior in the game, he also learns that he can be redeemed. For the majority of the game, he questions if it’s even possible for him. But he finds redemption. You, too, can have redemption, despite whatever mistakes in the past have occurred. As Romans 8:1 states:

There is therefore now no condemnation for those who are in Christ Jesus.

Walking in Newness of Life

Now with our darkness cast aside, Paul, in Romans 6: 12-14, encourages us further:

Let not sin therefore reign in your mortal body, to make you obey its passions. Do not present your members to sin as instruments for unrighteousness, but present yourselves to God as those who have been brought from death to life, and your members to God as instruments for righteousness. For sin will have no dominion over you, since you are not under law but under grace.

There’s plenty of opportunities for Cecil to turn back to darkness. One of the villains in the game, Golbez, tries to tempt Cecil to embrace darkness once more, to join him in his quest to conquer the world. Yet, Cecil resists these temptations at every turn. After he’s learned that the light is stronger than darkness, he refuses to go back. As Christians, that’s our strength as well. Sin may be fun, and feel good, for a short period of time but it’s consequences have widespread impact that causes destruction, spiritually and, sometimes, physically.

Yet, Christ is always better for He offers life to the fullest (John 10:10).

If you have never played Final Fantasy IV before, I highly recommend you do so. The game is almost a virtual Pilgrim’s Progress on a few different levels, Cecil’s storyline being a primary example. Cecil’s journey is a fantastic reminder that, though we might have made some heavy mistakes, we can still be redeemed. Through this redemption, we have freedom from our past mistakes, thanks to Christ, and we can walk in newness of life, no longer chained to our sin. 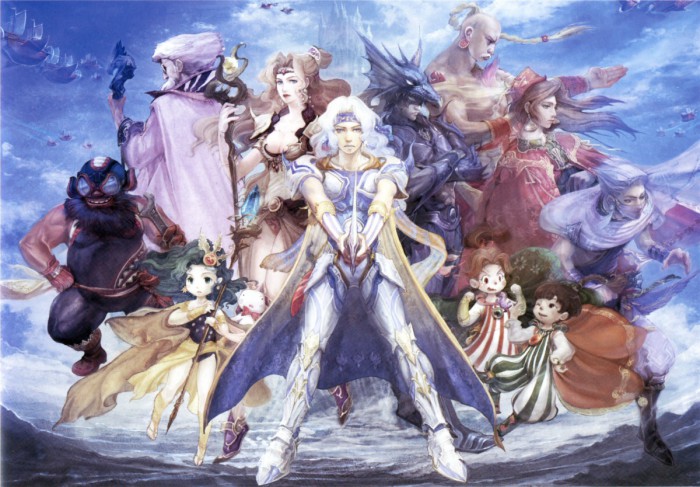